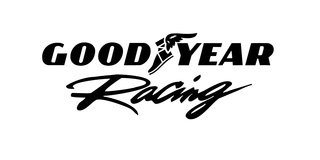 Next Friday, Oct. 11 at 6 p.m. in VIR’s Gallery, is Goodyear Racing Fan Night! Come join Goodyear Racing Brand Ambassador, NASCAR Hall of Famer and three-time NASCAR Cup Champion Crew Chief, Ray Evernham, for an evening celebrating fans of American motorsports. Also in attendance will be Evernham’s famous, custom-built race car, “The Ghost.” Evernham used his over 40 years worth of experience to put together a formidable racer that resembles the modified cars he grew up watching, but has all the advantages of modern technology.

With Evernham behind the wheel, “The Ghost” tackled the historic Pikes Peak International Hillclimb for the first time in 2018, finishing first in the Exhibition Class and 18th overall. In addition to Pikes Peak, Evernham and “The Ghost” have also competed in historic road course races at some of SCCA’s favorite tracks, including: Road Atlanta, Indianapolis Motor Speedway and VIRginia International Raceway.  The one-of-a-kind car recently topped out at an impressive 196mph at Pocono Raceway.

While Evernham’s accomplishments on the track and in the garage are certainly impressive, arguably his most significant contribution to the sport has been through his work as a Crew Chief, most notably of Jeff Gordon’s “Rainbow Warriors.” It was during this time Evernham developed and perfected the four-tire pit stop. His unique approach that connected athletic training to crew development led to a five-second reduction in time to execute a successful stop. Luckily, his stop at Friday’s Goodyear Racing Fan Night won’t be on a timer! He’ll be meeting and greeting all evening.

So, everyone is invited to stop by VIR’s Gallery Friday night to enjoy some great food and cold drinks, courtesy of Goodyear Racing. Come one and all to celebrate American motorsports with fellow race fans!